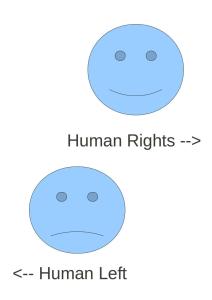 On Nov. 22nd 2014 the RFK Center received an email with several issues in it (links shown below).
However, it’s good to know that during meeting about ‘Democracy & Human Rights in Decline – A call to action’ ( http://www.clubmadrid.org/en/noticia/follow_live_from_monday_at_1pm_the_democracy_human_rights_in_decline_policy_dialogue ), happened on Nov. 24th 2014 at the European University in Florence (organized by Club of Madrid in cooperation with the RFK Center), someone underlined that we are entering a Fourth Revolution of the State (1.Nation State, 2.Liberal State, 3.Welfare State, 4.Efficient State) based on the competition between “authoritarianism and democracy”, and focused the attention on “Corruption of Media and Corruption of Wealth in Political Campaigns” ( https://www.youtube.com/watch?v=ehrdaP1AMI0#t=3940, 1:03:50). The word “inclusiveness” was also pronounced (1:03:06).
Someone else pointed out how the Government, the Market ( within the market the “corporations”), and the Society “should work together in a harmonious and cooperative way” (51:20): what a coincidence, right at the entrance of RFK Center in Florence there is a tag, probably of the Renaissance period, where the logos of Bosch (not the Netherlandish painter), Enel ( www.enel.com ), and Cisco ( www.cisco.com ) are engraved.
Talking about “Corruption of media” few weeks ago on Dec. 5th, during the book launch just cranked out by Davide Vecchi of the ‘Il Fatto Quotidiano’ ( www.ilfattoquotidiano.it ) which pretends to be the n-th “true” story about the Italian Unelected Premier, Professor Tomaso Montanari complained about the fact that years ago he received an end of collaboration registered letter from the ‘Corriere Fiorentino’, because “not in line” with the parochial rules concerning the Black&Deckering of the walls of the ‘Salone dei Cinquecento’ in Palazzo Vecchio -seat of municipal government- in order to uncover Leonardo da Vinci’s ‘Battaglia di Anghiari’, the latter theoretically hidden beneath the Giorgio Vasari’s fresco.

Seems ages ago when we were all singing in unison “We are the world/We are the children/We are the ones who make a brighter day/So let’s start giving.” ( https://www.youtube.com/watch?v=M9BNoNFKCBI ).
But now, instead of a dream, a scream comes out.
Because talking about Human Rights, is there any Human Left?
Sincerely
Giovanni Amaducci
(CivitasDemocratica.it)