From Pilate to Pilates 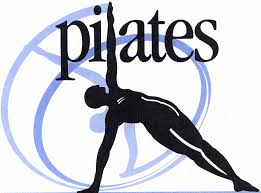 It’s hard to tell whether the reaction of the ‘NYT’ (‘The Filthy Metaphor of Rome‘) was kindled by something irritating (‘Populism, Politics and Weasels‘), but let’s say it upfront: is the Five Star Movement the solution to all the problems vegetating underneath the Pines of Rome?

And the answer is: no!

Instead, the following Hamletic doubt should be forwarded to the solons of the Press: how come the -so called- populist movement won in the city of the ‘Twelve Tables‘?

Better yet, the above question should be primarly addressed to the one that in its layouts mainly used as typeface Times New Roman font (lately seems they got other things on their mind, so they shifted to Georgia).

@FrankBruni That’s it? Apart from roman bird fights, not a word about the money wasted in the past 2000 years: isn’t this horror journalism? https://t.co/SMeKICEPm1

As already mentioned on the 140 characters social media, if we compare the Italian version about the waste management in Rome with the one published by the 122 times Pulitzer Prize champion, in the first one “after 4 hours of driving…video available on Facebook… out of 1000 garbage collectors 5 were found under emergency conditions” (‘Libero’, May 11th 2017), whereas in the second one everything is a “filthy” mess where decades of kickbacks (they used to call them indulgences during Lutheran times) are utterly wiped out or juiced into a seagull “swooping down to attack a pigeon” (‘NYT’, May 10th 2017): like in Pearl Harbor? Isn’t this reality surfing? (If this doesn’t wreck anybody anyhow, it means that the young Italian wrecker is considered by Big Applers and by Borgo Finocchietoers as the one and only post-WWII U.S. oupost within the EU, capable of hacking, if any, the Putin-Trump web).

In the academic definition, populism is related to “demagogy and catch-all politics” or simply to a non-elitist: but fighting populism with populism, doesn’t make things go worse?

When years ago Pulitzter Prize David Mamet wrote that “Hollywood liberals once embraced Communism because they hadn’t invented Pilates yet” (‘The Secret Knowledge: On the Dismantling of American Culture’), the ‘NYT’ didn’t take it very well. Why is that? Maybe because it unconsciouly belongs to an elite social club?

But if the world Press doesn’t go into deep, or does not swoop down on it, where are we going to?

From Pilate to Pilates?